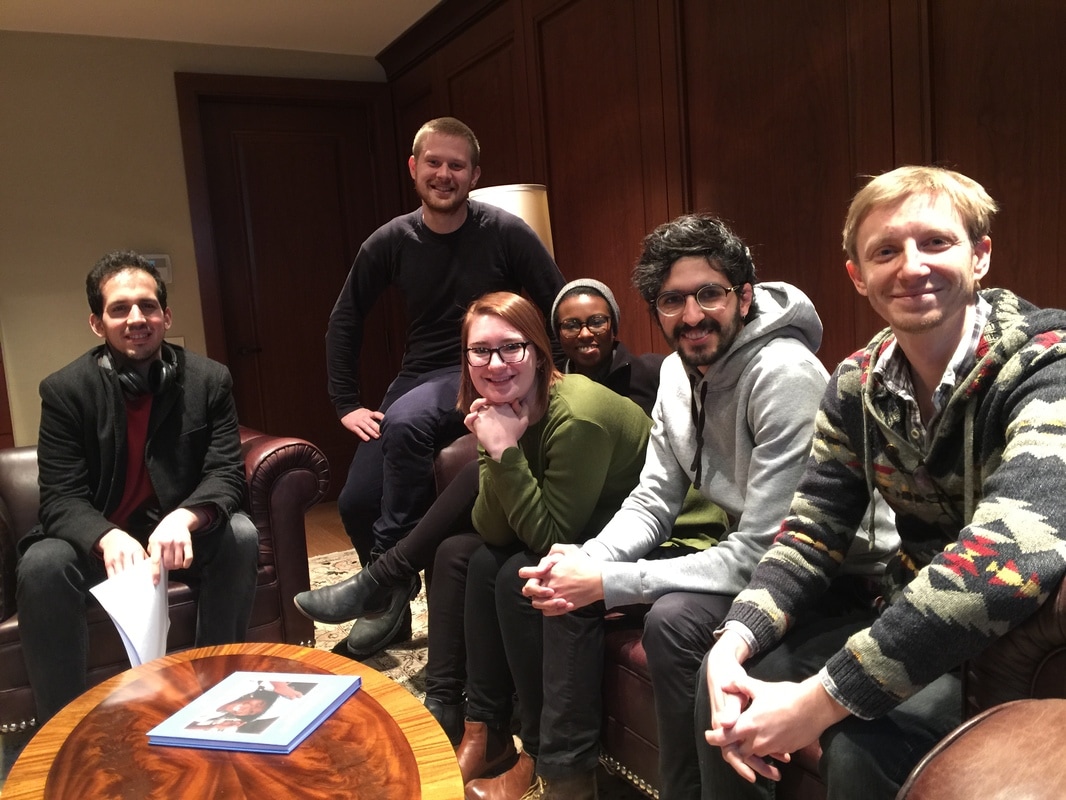 The Design Team for Go Get the Axe first assembled on Sunday, 5 February 2017 to hear a reading of the play.

Two weeks later, on 19 February, we met again for our first production design exchange.  It was an exciting day of shared ideas and the potential for an amazing production.

Below are images from our first design discussion.

Throughout the spring, the design team met on a regular basis to discuss the play and the designs.

Most gratifying in the process was the interaction between the playwright and the designers.  Their observations guided the playwright in his vision and subsequent revisions of the play. 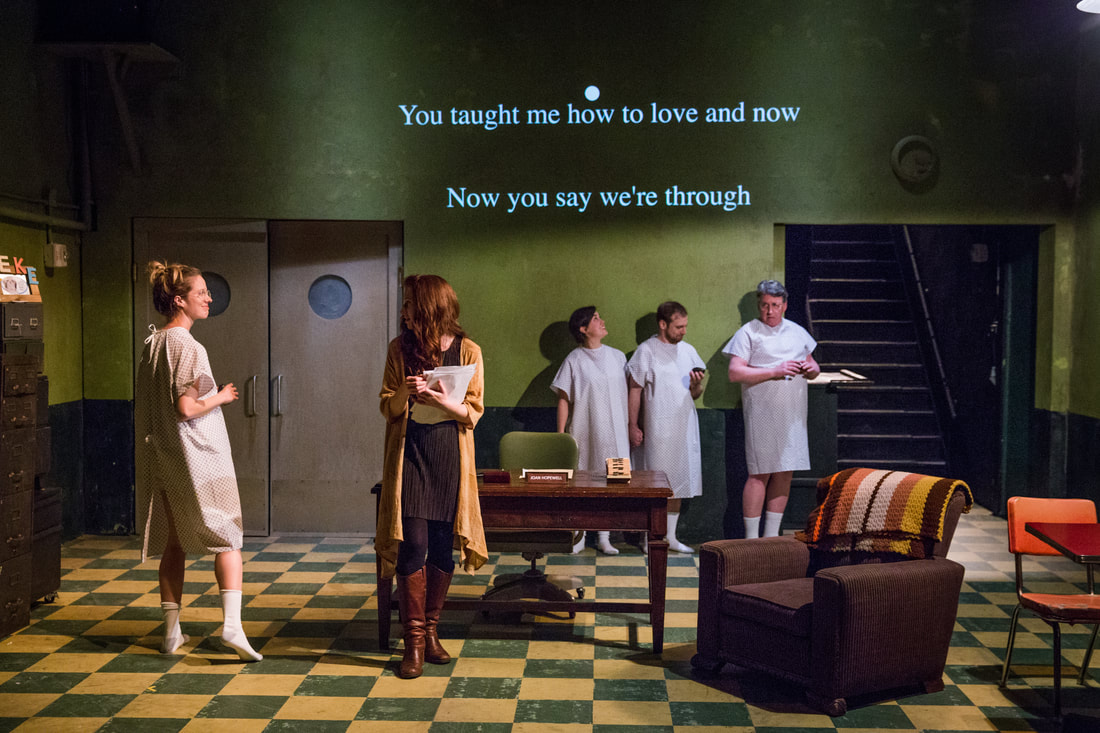 photograph by Bjorn Bolinder
Lined up in the opening scene of the play are some of the individuals who have died during the course of Jessica's life.  holding a manuscript given to her by her brother Jim that details the family history, Jessica imagines her sister Maeve getting into line for the Pearly Gates.  As entry to the stairs requires payment, each ascendant carries an avocado.  In discussion with the designers, the colors and the suggestion of the avocado became central to the total design. 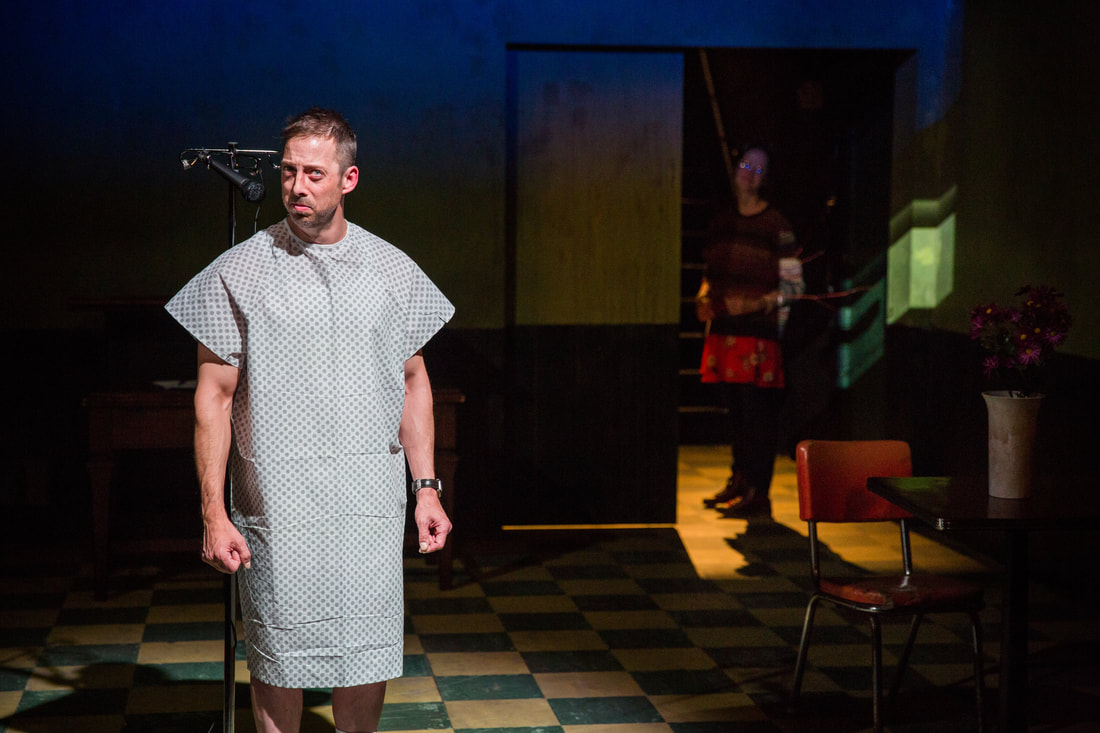 photograph by Bjorn Bolinder
​Jim Drinkwine (Christopher Halladay) while one the operating table (“Under the Knife”) for his liver, gives a little press interview and speaks to the individuals who have been important during his life.  Maeve Drinkwine (Lisa Kitchens) appears at the base of the steps to the Pearly Gates near the end of the monologue to change the flowers in his hospital room.  Losing his sister was the deepest cut to Jim's mental health.